That’s the question I posed to myself, after contemplating the Jewish influence behind Superman’s creation. And this eventually lead to the creation of this original superhero that I chose to call Samson (not meaning him to be a revamp of the public domain superhero called Samson, despite my penchant for revamp PD characters).

I knew I wanted him to be really big and muscular, as befitting his name. The costume was meant to be a pretty standard “Superman-ish” design, full-body with boots and cape, I also gave him gloves, but no mask. I made the colors blue and white like the flag of Israel. But then the hard part was coming up with some kind of symbol. I didn’t want to go with a Star of David, as that would be too obvious, like Marvel’s Israeli superhero Sabra. And, of course, I didn’t want to put some kind of “S” on his chest. I don’t recall how, but I eventually decided to go with a lion’s head, as in the Lion of Judah, although I’m not using the exact emblem, as his symbol, and to put it on his belt instead of his chest. I thought that gave a nice look of “power’ to his costume.

The second and third images were drawn by Celina Hernandez, based on my descriptions. These images were later sent to Jeremy Farlow, who did his image, which is posted first. And then all three were sent to Keith Howell, who did this rendition: 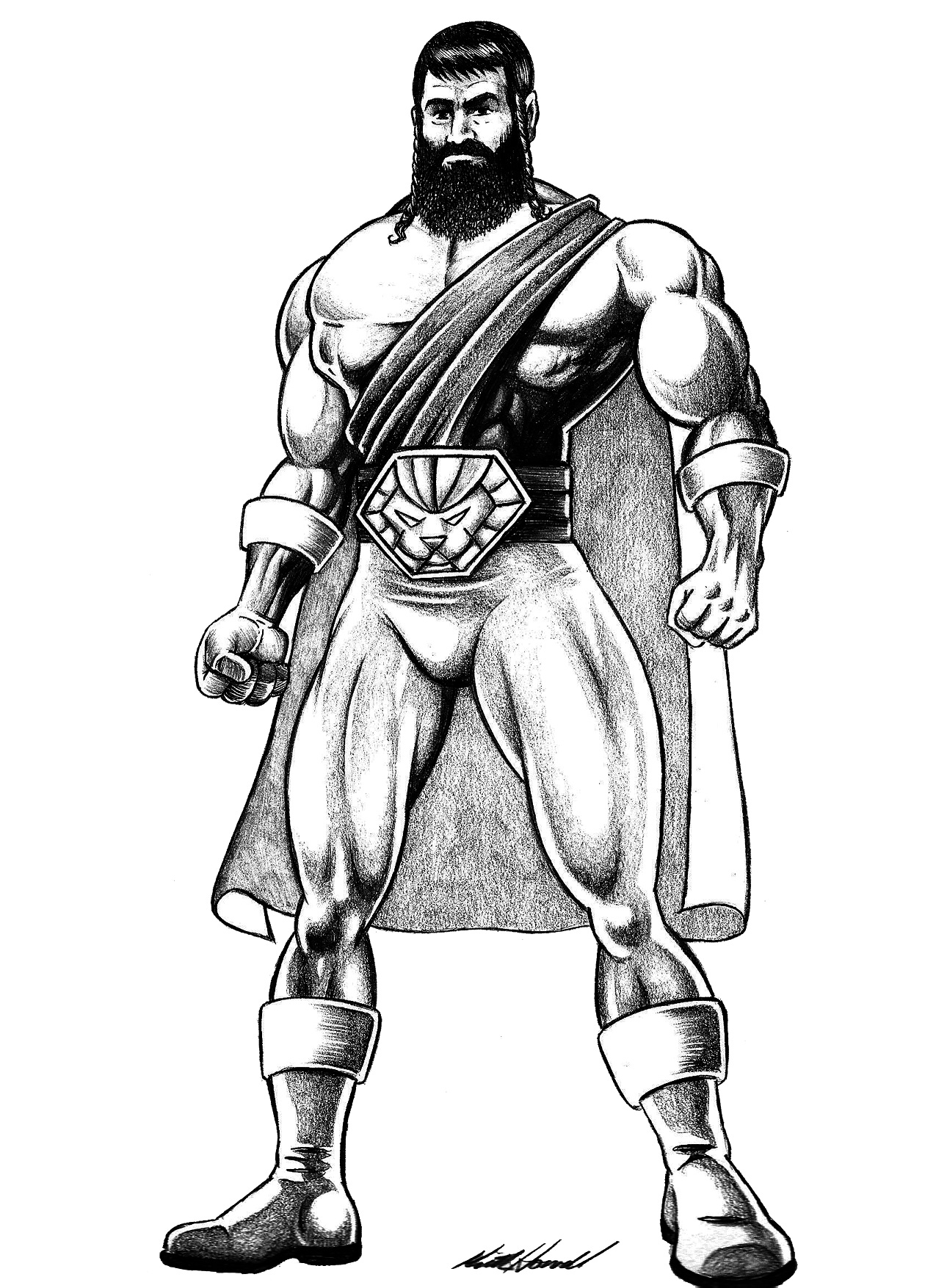 No offense to James and Celina, who both did excellent work, but I must admit that Keith’s image is my favorite.

I haven’t gotten around to coming with a detailed background or story for this character yet. I figure he has the base Superman-like powers, super-strength, super-speed, invulnerable, and can fly. And he works for the Israeli government, defending the nation from threats foreign and domestic.