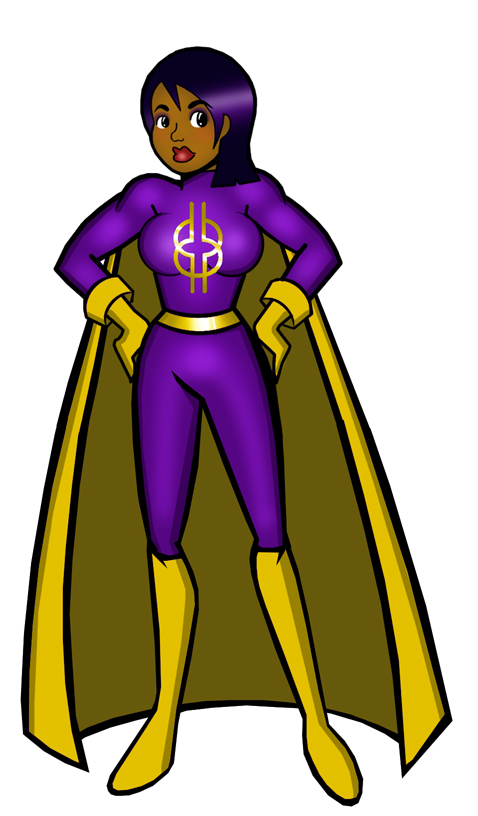 The idea I had behind this character is that she is the most powerful superhero in the world, with other two dozen different super-powers. The problems is, she’s so powerful that she can handle any threat in minutes. Therefor she’s bored, because she has no challenges. And none of the other superheroes let her join their teams because with her around they’re irrelevant.

I don’t think it was in my original pitch, but at some point I decided to make her transgender, just for the heck of it. She was born male, but transitioned to female when she turned 25, and that’s when her superpowers also kicked in. I figure some aliens abducted her mother while she was pregnant and experimented on the fetus, intended to create a super-powered woman to protect the planet.  So when she was born in the wrong body, he powers were inhibited. Once in her “natural” female form, her powers manifested.

I came up with the color scheme of purple and gold, since they are “royal” colors. And the symbol on her chest is a West African symbol that represents wisdom, ingenuity, intelligence and patience. I figured that was appropriate.

The above image is from CELINA HERNANDEZ

This second image is a commission I got from an artist known only as MORGANAGOD, whom I found on Deviant Art: 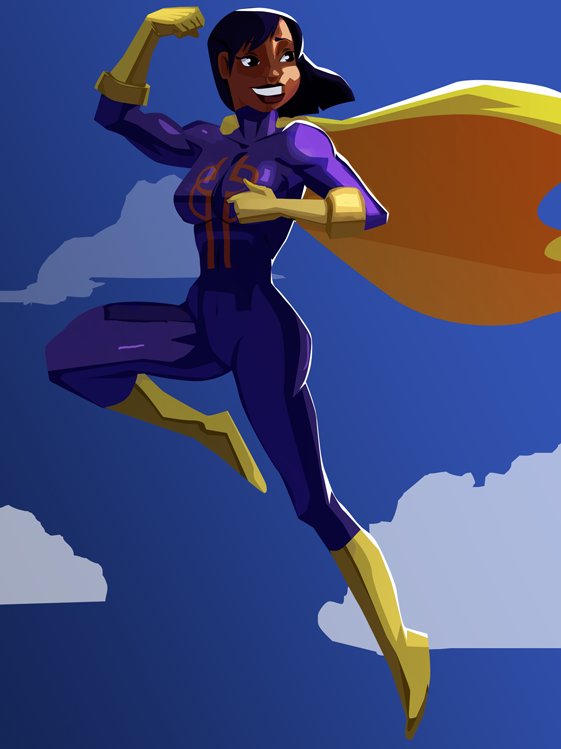 I got this cartoonish little version from JAY P. FOSGITT

And another black and white commission, this one from ARIS ILIOPOULOUS 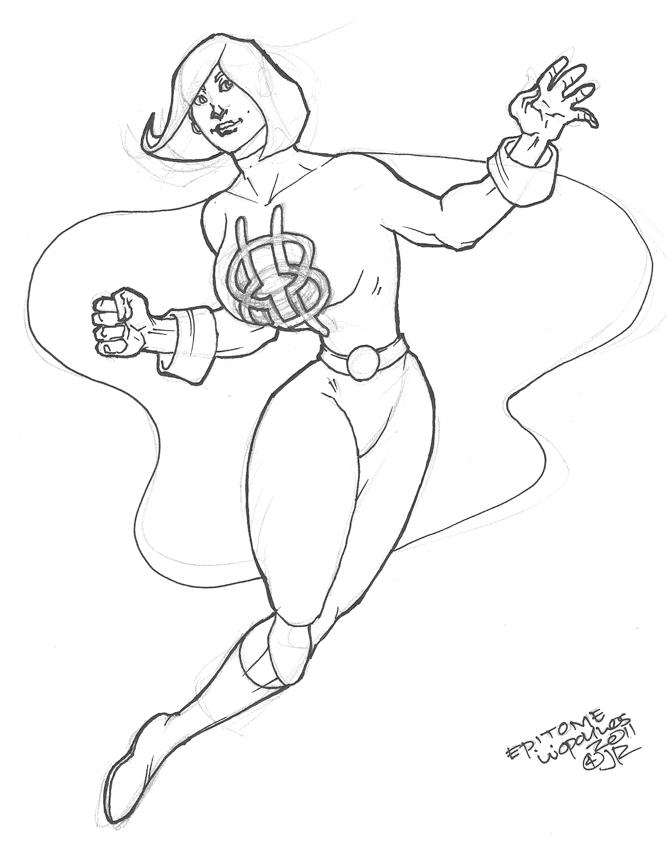 And then this colored version from Aris:

And a man named Rod Boyd, who’s profile I can’t find now, saw some of these images on Deviant Art and took it upon himself to draw the character, which I definitely appreciated: 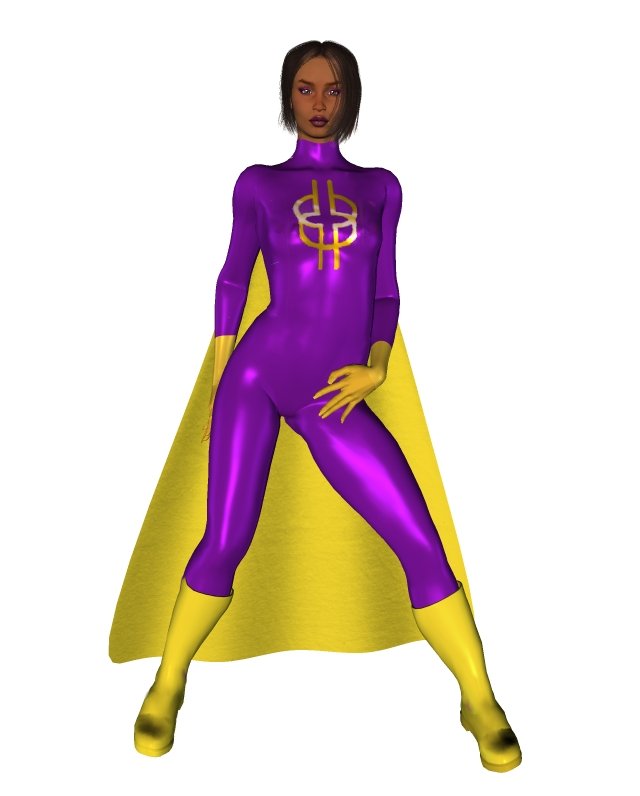 I can’t tell if the costume looks better with or without a belt. It seems to depend on how each artists draws her.