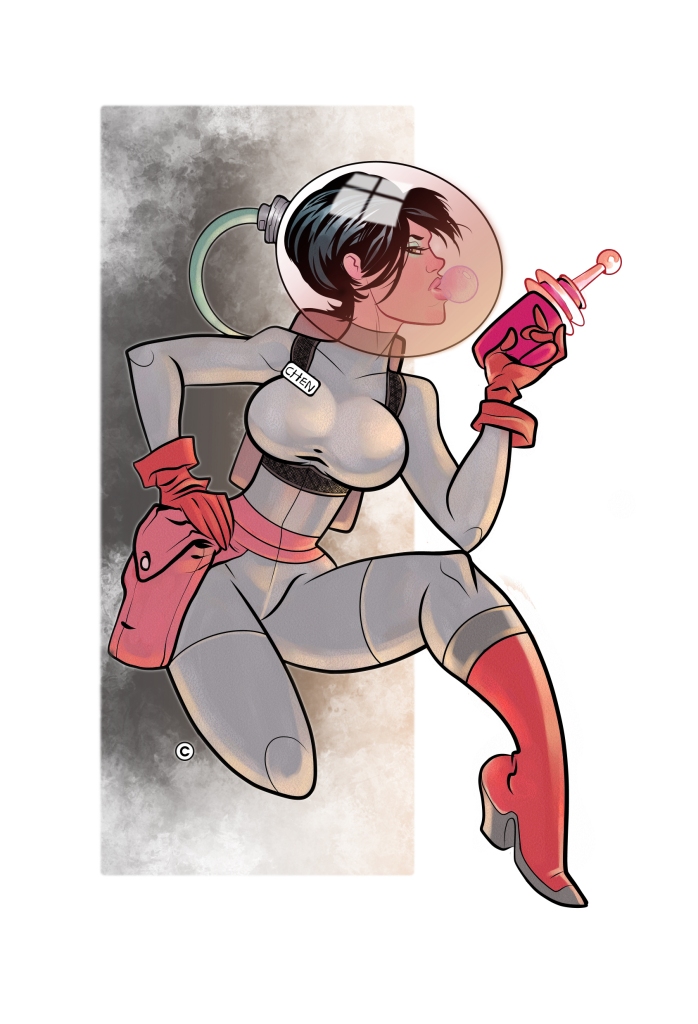 This character was original supposed to be this same COL. CHEN character that I posted yesterday. When I first came up with the idea for the character, I did something different and commissioned two different artist at once, Keith Howell and JOSHUA COVEY, and asked them both to draw me an Asian woman in a futuristic space suit with a ray guy, and name tag that said “CHEN.” But when Joshua sent me his image, posted above, I was a bit taken aback. Frankly, I didn’t expect her to be so…voluptuous.

Seriously, that wasn’t my idea. The only thing I can think of is I had previously seen this image Joshua had drawn and told him it was this which inspired me to commission my own image from him: 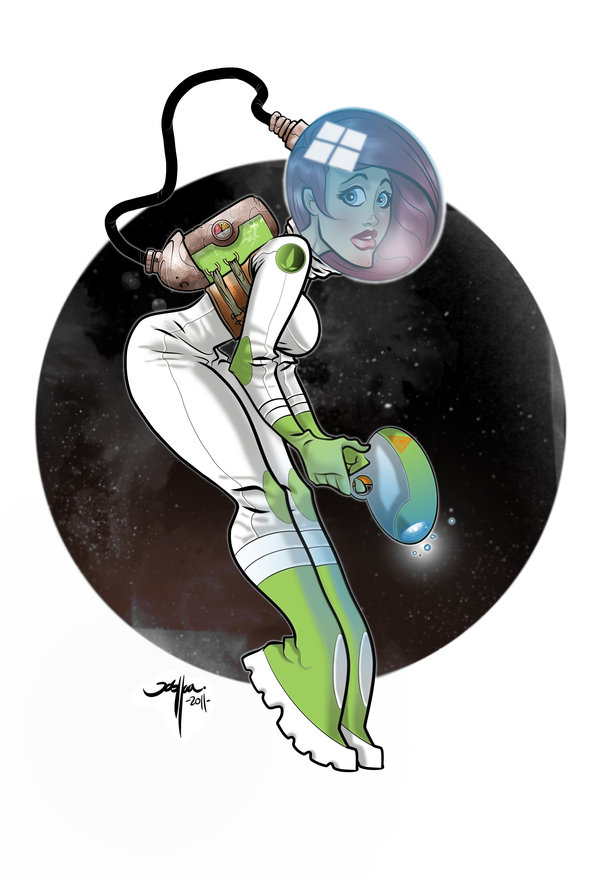 So I guess he assumed that I wanted a similar body-type. But the thing is, I intended my character to be Chinese, and generally speaking most Chinese women don’t have breasts that big. So I decided I could use the art as a completely different character. So I asked for some alterations, I asked that he remove the name-tag, and color in the woman’s skin light-brown, and he sent me these two images: 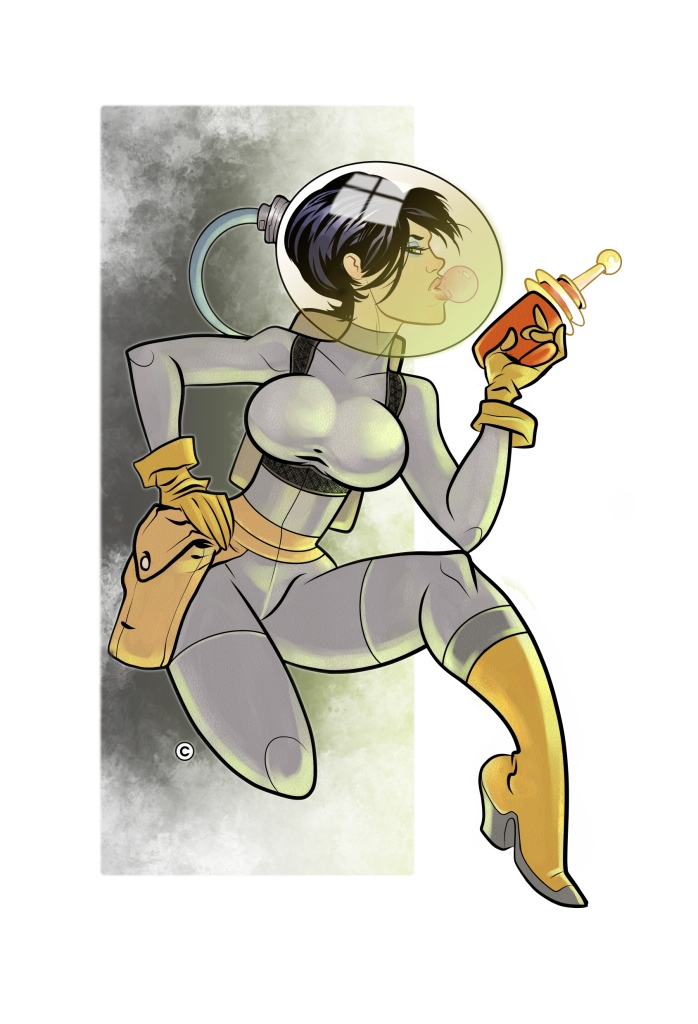 So now this character is still “Asian,” except instead of Chinese she’s East Indian. I eventually came up with the name Mirai Moonbeam, and the title Sci-Fi Private I. Set in the future, Mirai is private investigator who who travels the galaxy in her flying saucer solving crimes and catching criminals. This could be a novel or comic-book character.