I don’t want to say much about this character just yet, she’s meant to be the lead character in a series of science fiction novels that I plan to write (y’know, “someday”). The character, and the overall concept, has gone through many variations in my mind of the years, this is the very earliest version. The stories would take place several centuries in the future. She’s an Asian woman since, statistically, Asians are the majority of the human population today, so that is likely to be the standard in the future. And this character is based on a real person that I know.

I contacted KEITH HOWELL and said I wanted an Asian woman in high-tech space-suit, with a name-tag that said “CHEN” on the top, and carrying ray-guns. He sent me two versions of the same image, the above version and this one:

I later sent those images to MAURICIO VARGAS and asked him to draw the character for me, and he sent me this: 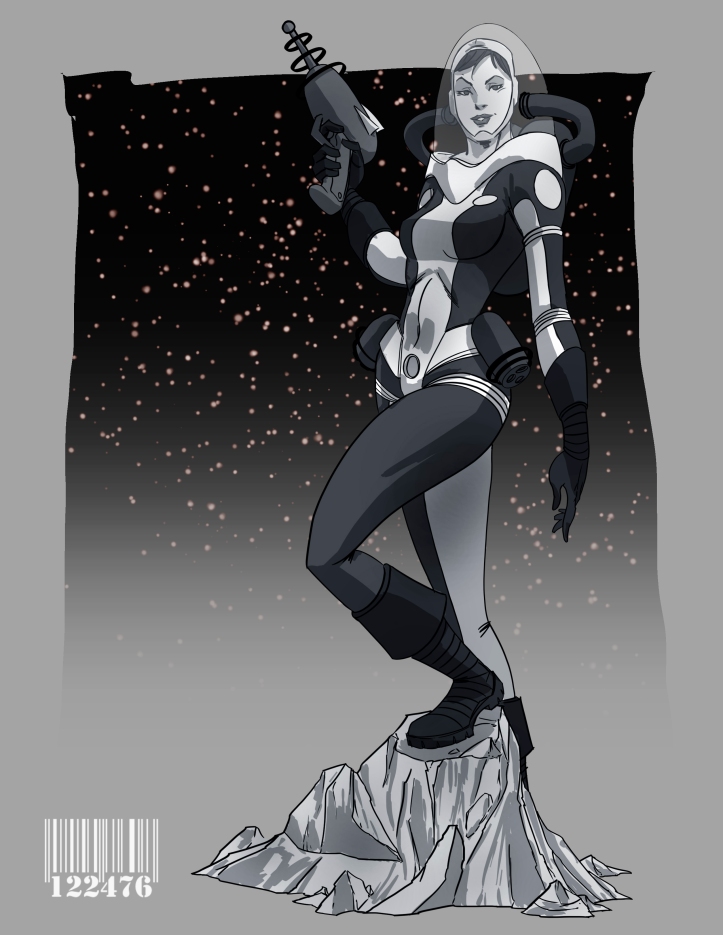 And then I eventually commissioned a head-shot of the character from JEREMY FARLOW: