This concept is different from my usual posts as it’s not actually something that I came up with. This original image is by KEITH HOWELL, and he had posted it on a message board the we both used to participate on many years ago. This was probably before I’d even bought any commissions from him. But he posted and said it just from an idea he had of old American folks heroes returning in the modern era when America needs them, or something like. I immediately loved the idea. While I was familiar most of the characters, some only be name, there were others that I did not. But this inspired me to read up on all of them.

I was already familiar with the legend of PAUL BUNYAN, having read stories and seen films about him as a wee lad, and I become familiar with JOHN HENRY thanks to the DC Comics hero, STEEL, who was inspired by him. I knew names of PECOS BILL and JOHNNY APPLESEED, but didn’t really know much about them. I think I was surprised to learn that Appleseed was actually a real person, I thought he was a mythical creation like Bunyan. The woman in Keith’s image was actually meant to be CALAMITY JANE, and was listed as such. I changed the name on it, for reasons I’ll get into. But I had not heard of JOE MAGARAC or CAPTAIN STORMALONG

Keith said at the time that he didn’t really have much of a story in mind when he drew this, just something along the lines of (I’m paraphrasing) “legendary American heroes returning to aid the country in her hour or need” (or something like the that).

I loved the picture and saved it, and starting to think of what I would do with this group. One thing I changed, as I was doing research on the characters, was replacing Calamity Jane. I saw that Pecos Bill had a known partner, and sweetheart, named SLUE-FOOT SUE, and I figured she’d more naturally fit in the group, so I just changed the name on my copy of the image. And I eventually commissioned CELINA HERNANDEZ to draw a new team-picture of this group.

I also had her draw some solo images of each character:

Captain Alfred Bulltop Stormalong was an American folk hero and the subject of numerous nautical-themed tall tales originating in Massachusetts. Stormalong was said to be a sailor and a giant, some 30 feet (9.1 m) tall; he was the master of a huge clipper ship known in various sources as either the Courser or the Tuscarora, a ship purportedly so tall that it had hinged masts to avoid catching on the moon.
READ MORE

Joe Magarac, whose name means “donkey” in Croatian[3], is variously described as Hungarian, Serbian, Croatian, or Bohemian.[4] Joe Magarac stories were told in many industrial cities of the Midwest, though his home was always Pittsburgh. Magarac has been depicted as a patron saint for steelworkers. He was reputed to be able to do the work of 29 men, because he worked 24 hours per day, 365 days per year.He lived at Mrs. Horkey’s boarding house and was physically made of steel. He was allegedly born inside—or on the outside of—an ore mountain and rose out of an ore mine to help steelworkers. He would appear at critical moments to protect steelworkers, for example to stop the falling of a 50-ton crucible on a group of steelworkers. READ MORE

John Henry is an African American folk hero. He is said to have worked as a “steel-driving man”—a man tasked with hammering a steel drill into rock to make holes for explosives to blast the rock in constructing a railroad tunnel. According to legend, John Henry’s prowess as a steel-driver was measured in a race against a steam-powered hammer, a race that he won only to die in victory with hammer in hand as his heart gave out from stress.
READ MORE

John Chapman (September 26, 1774 – March 18, 1845), called Johnny Appleseed, was an American pioneer nurseryman who introduced apple trees to large parts of Pennsylvania, Ontario, Ohio, Indiana, and Illinois, as well as the northern counties of present-day West Virginia. He became an American legend while still alive, due to his kind, generous ways, his leadership in conservation, and the symbolic importance he attributed to apples. READ MORE 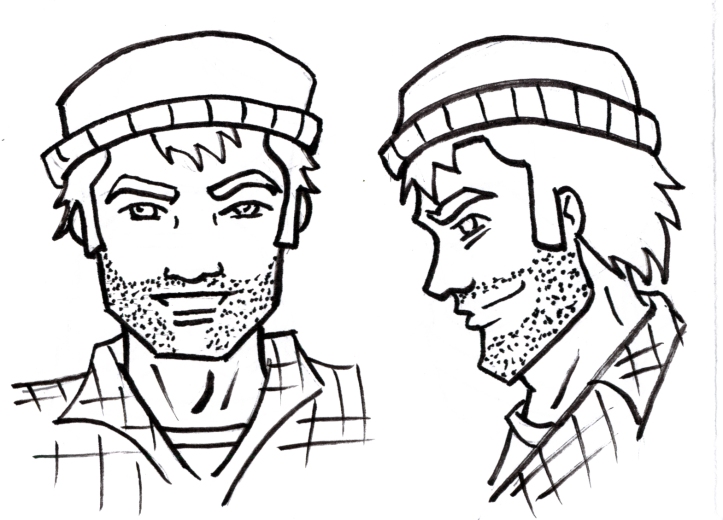 Paul Bunyan is a giant lumberjack in American folklore. His exploits revolve around the tall tales of his superhuman labors, and he is customarily accompanied by Babe the Blue Ox. READ MORE

According to the legend, Pecos Bill was born in Texas in the 1830s (or 1845 in some versions, the year of Texas’ statehood). Pecos Bill’s family decided to move out because his town was being “too crowded”. Pecos Bill was traveling in a covered wagon as an infant when he fell out unnoticed by the rest of his family near the Pecos River (thus his nickname). He was taken in and raised by a pack of coyotes. Years later he was found by his real brother, who managed to convince him he was not a coyote. He grew up to become a cowboy. Pecos used a rattlesnake named Shake as a lasso and another snake as a little whip. His horse, Widow-Maker (also called Lightning), was so named because no other man could ride him and live. Dynamite was said to be his favorite food. It is also said Pecos sometimes rode a cougar instead of a horse. On one of his adventures, Pecos Bill managed to lasso a twister. It was also said that he once wrestled the Bear Lake Monster for several days until Bill finally defeated it. READ MORE

Pecos Bill had a lover named Slue-Foot Sue, who rode a giant catfish down the Rio Grande. He was fishing with the pack when he saw her. Shake, Widow-Maker, and Slue-Foot Sue are as idealized as Pecos Bill. After a courtship in which, among other things, Pecos Bill shoots all the stars from the sky except for one which becomes the Lone Star, Pecos proposes to Sue. She insists on riding Widow-Maker before, during or after the wedding (depending on variations in the story). Widow-Maker, jealous of no longer having Bill’s undivided attention, bounces Sue off; she lands on her bustle and begins bouncing higher and higher. Pecos attempts, but fails, to lasso her, because Widow-Maker didn’t want her on his back again, and she eventually hits her head on the moon. After she has been bouncing for days, Pecos Bill realizes that she would eventually starve to death, so he lassos her with Shake the rattlesnake and brings her back down.
READ MORE

I started developing a concept that basically turned this group into a top-secret superhero team, who go on missions for the U.S. Government, fighting monsters and aliens another types of threats that the public is unaware of. But I never got that far with it. Later I thought it might work better as a prose novel (I still do). To be clear though, as this idea originated from Keith Howell, I was going to approach him about doing it together first. But I never went further with this idea, and thus it remains undeveloped.