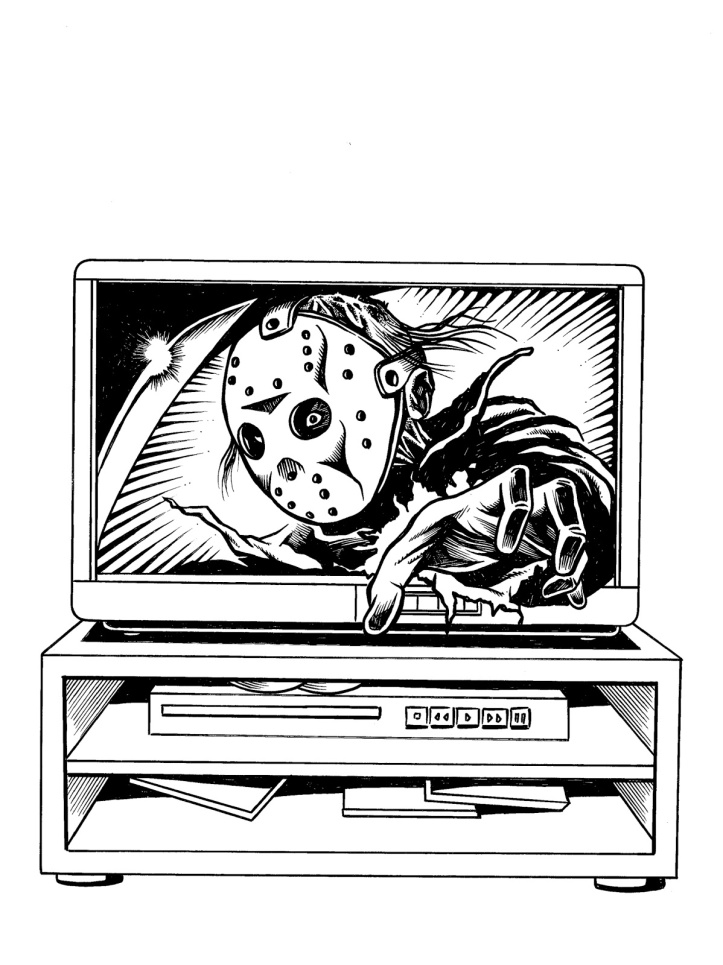 I’ve been a fan of horror movies all my life, and especially of the Friday The 13th franchise. Some years ago, Avatar Comics had began publishing a line of comics based on the franchise, and I had some ideas of possibly writing for them. I came up with two ideas, the first of which would have been called THE JASON VOORHEES PROJECT. The title being a play on The Blair Witch Project. There have been some rumors that the producers of the Friday The 13th franchise were considering making the next film a found footage film, and I’ve always thought that was a bad idea for a film. However, I thought it could work as a comic-book stories. The idea is that a film crew would go to Crystal Lake to shoot a documentary about the “urban legend” of Jason Voorhees. The real Jason would then arise, and start picking them off one by one.

I called upon Keith Howell for some conceptual artwork. I told him I watching a picture of a TV, with Jason showing on the screw. As you can see, it took my bland description and made more dynamic.

A second plot I came up with was for a story titled JASON TAKES IRAQ (this was while the Operation: Iraqi Freedom was still going on). The idea would be that the U.S. military had managed to capture and subdue Jason, and planned to use him as a secret weapon against terrorists. They would take Jason by plane over Iraq and air-drop him right into the middle of a terrorist training camp, knowing that once he was loose Jason would just start killing anyone around him. And that’s exactly what he do. It would be a whole issue of Jason just going around slicing up the terrorist, which I imagined would be visually striking. So I asked Keith to draw Jason in an army uniform, and got this: 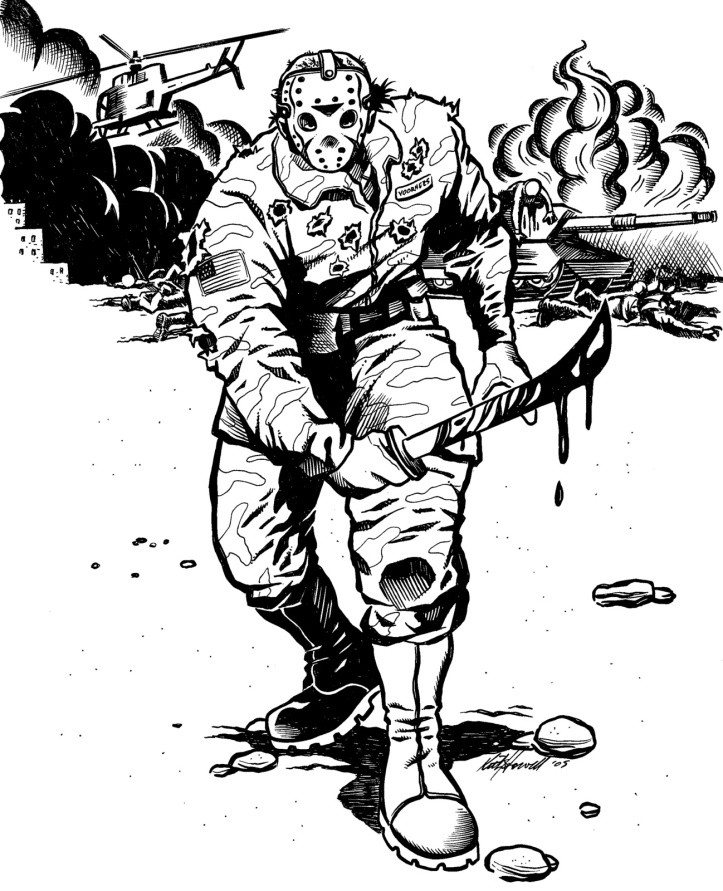 The background details, as well as little things like the bullet holes wee in Jason’s chest, were all Keith’s idea (that guy is a BEAST). Unfortunately, before I completed either script, DC picked up the rights to publish Friday The 13th comic-books. And while there was no guarantee, I figured I might have a chance submitting to a small publisher like Avatar, but I knew DC would not even read them, so that was the end of that.