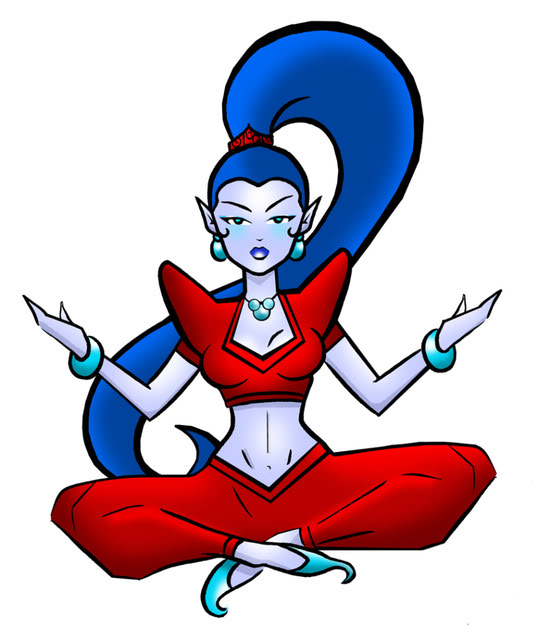 This concept came about many years ago as I was originally working on a pitch for Rob Liefeld’s GLORY, attempting to build off of Alan Moore’s version of the character. Eventually I decided to rework the pitch and make it an original character, and decided that instead of an Amazon/Demi-Goddess, I’d make this character a genie. Originally I used the name DJINNFINITY, but later changed it to DJINNX.

The basic premise is that Azita is a young Djinn who’s latest “master”, whom she’d help become the richest man in the world thanks to granting his various wishes over the course of several decades, decided on his death that his last dying wish was that she be totally free. No longer bound by the rules of her kind of kind to serve any human and grant their wishes. So now for the first time in her extended life, she’s a free being. And she decides that she wants live among humans for awhile to see what that’s like. Adopting the name Jane Smith, she moves to Hollywood, and gets a job working as a waitress at a coffee shop on Melrose. Although she intends to live her life as a normal human, she keeps finding herself in situations where she needs to use her powers to help others, which leads to her being labeled a superhero by the local press.

In addition to creating a supporting cast, I had plotted out the first 12 issues of a proposed comic-book series, with some a clear direction for the next 12 issues after that and a vague idea of new direction I’d take the series in the 3rd year.

The first artist I commissioned to visualize this character was KEITH HOWELL I don’t think I gave him much direction at the time, I just said draw a female genie on flying carpet (that’s mainly how she gets around when in action, as well as using the carpet to transport others) for the first image and then after seeing that I asked for another one of her just standing: 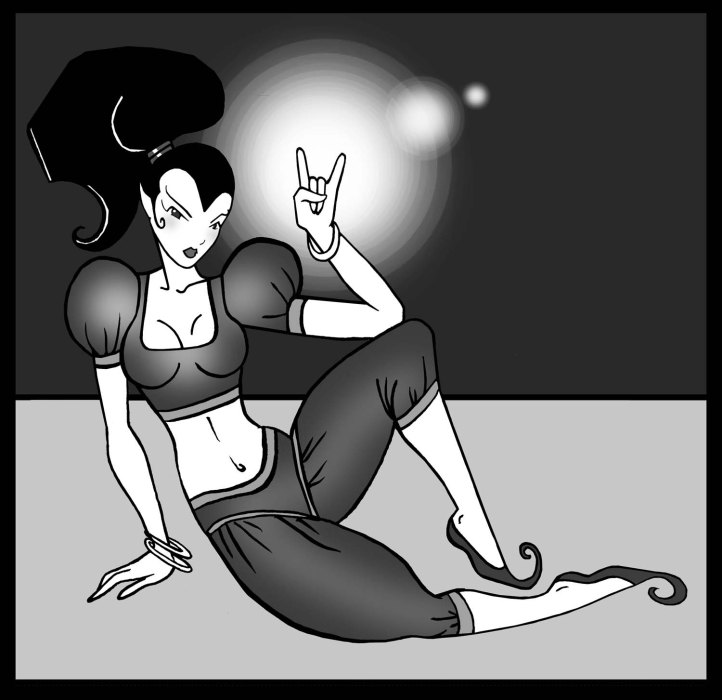 Including this “Chibi” version. 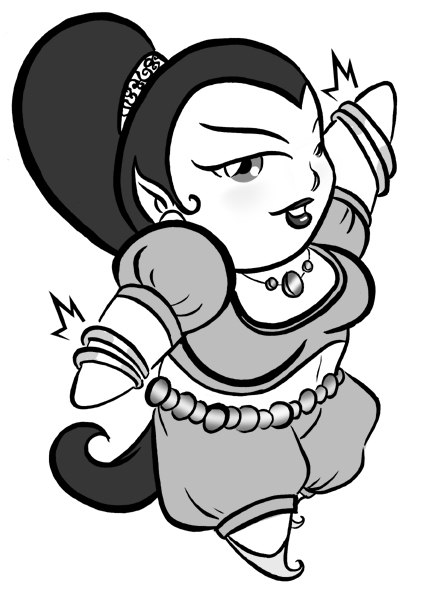 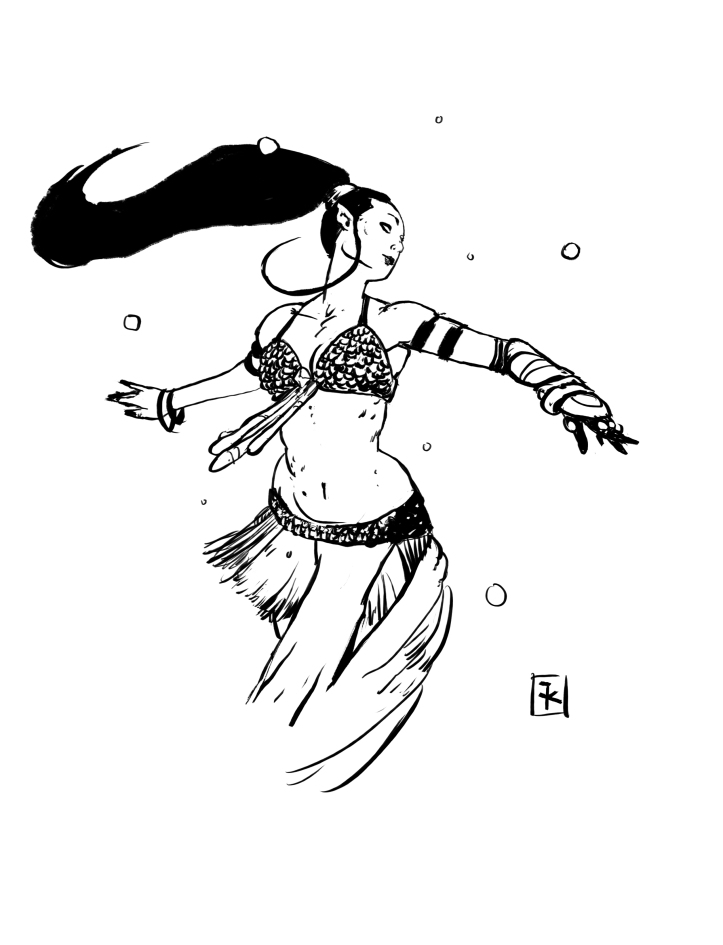 Eventually I gave Celina license to redesign the character, giving her some different outfits, the first of which is the image at the beginning of this post, and then also these two: 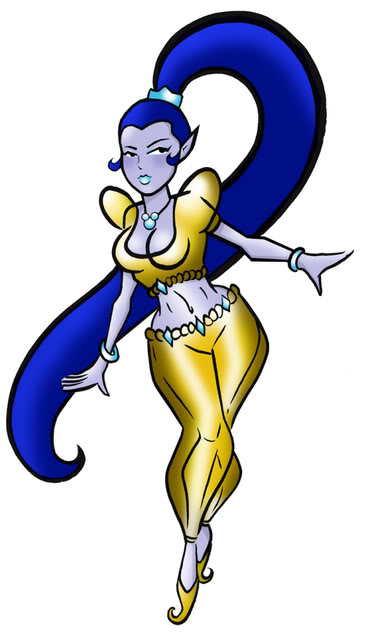 I figured there’s no rule that says a superhero has to wear the exact same outfit every time he or she goes out, right?

While I’ve gotten no further on a comic-book for this character, I’ve lately been thinking that she may make a interesting subject for a novel? Like a Young Adult Paranormal series? I just have to come up with the right story.

But I can say that starting in January 2018 Djinnx will be the star of q semi-regular comic strip written by me, and drawn by SAMAX AMEN! 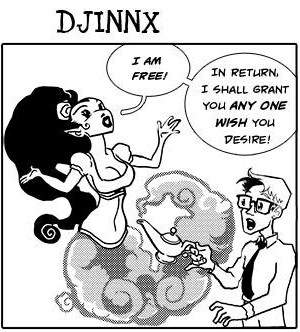