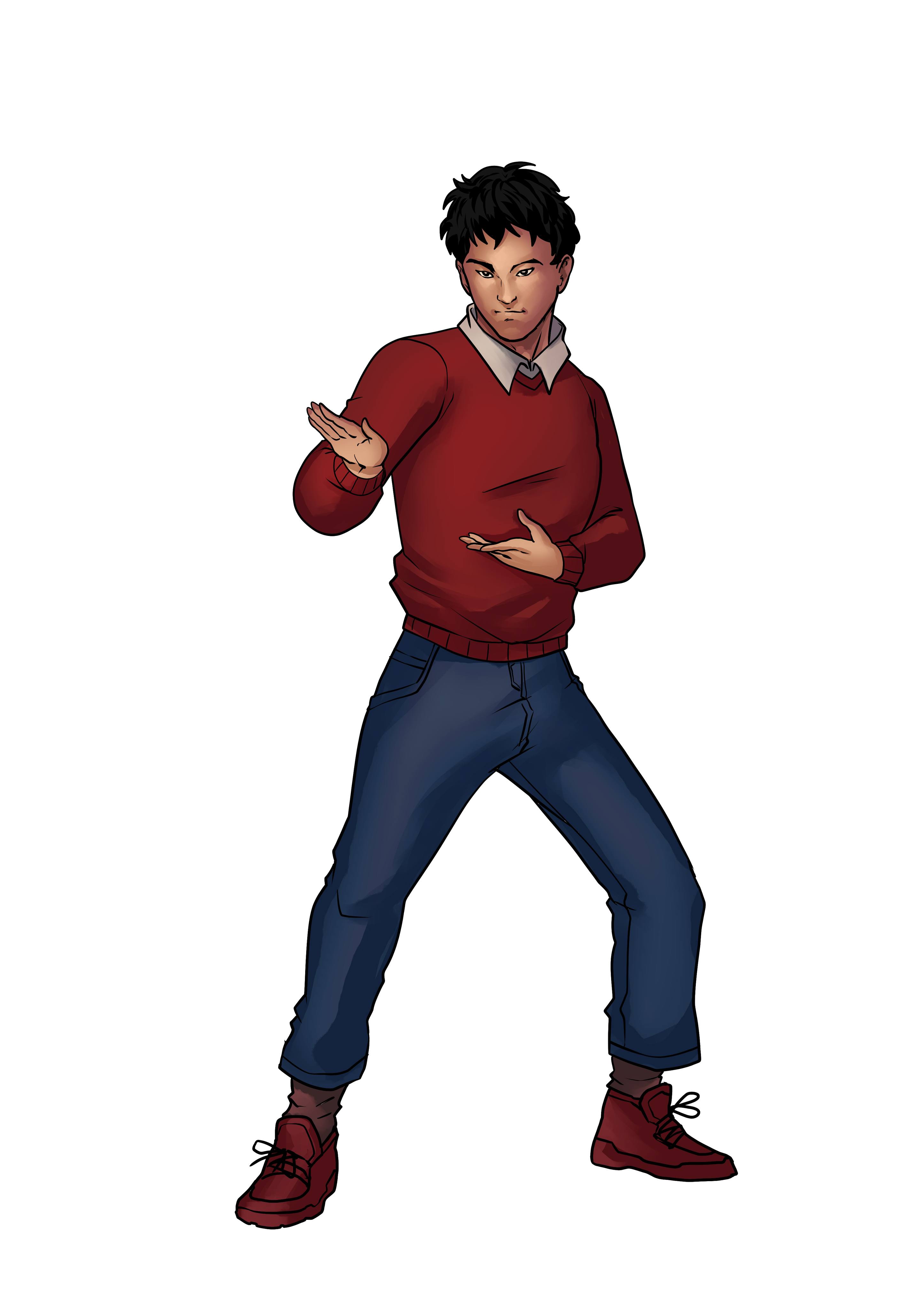 As I’d said in that review I’d been thinking of ways to revamp the character, as I’ve done with other public domain characters before. So a few months ago when Cody Conyers was open for commissions again, and I happened to have a little extra money, I took him up on it and had him draw this for me. I just sent him the link to my blog and said draw an Asian boy in that same outfit.

There were two things I wanted to do when revamping Judo Joe, that was setting the character in the modern era and removing some of the racially problematic tropes that I felt were present in the series, ie the way Joe’s father was hailed as a literal White savior in Japan and how several stories kept emphasizing their amazement that this White teenager was so much better at Judo than any other Japanese man ever was. Thus my first decision was to make this version half-Japanese himself. Originally I considered making him a great-grandchild of the original character but decided I’d rather start from scratch.

So my version is still Joe Smith. His father was a White American man named Paul Smith who was a raised a Mormon. As part of his mandatory missionary work he was sent to Japan as a young man and spent two years there proselytizing and doing charity work. While there he met a young woman named Keri Hayakawa, whose father ran a large Judo dojo that Joe decided to join while he was there. Keri was a practitioner herself and helped train Paul with the two eventually falling in love. When Paul’s term was up he decided to stay in Japan where he went to medical school and became a doctor, while Keri went on to compete in Judo at the Olympics and won a gold medal, and then became an official Sensei at her father’s dojo. The two got married and had a son, whom they named Joe and who his mother and grandfather began training him in Judo at the age of 4. Young Joe turned out to be quite a prodigy, astounding his family at how quickly he learned the art and was continuously improving. By age 12 he’d also began training in Aikido and Karate, mastering those styles as well.

When Joe turned 16, he told his parents he wanted to learn more about his American background, so his father arranged for him to move to his hometown of Mid-City, where Joe could live with his uncle, who was the local police chief and attend Mid-City High school, which he joined in 11th grade. Knowing of Joe’s Judo background, his uncle encouraged him to join the school’s wrestling team, where on his first try-out Joe easily took down and submitted the reigning champion, a boy named Spike Stoddard. While initially embarrassed at being defeated by this new kid who was half his size, Spike is impressed with Joe’s skill and the two become good friends. Also impressed is a girl named Judy Cosneck, who is on the girl’s wrestling team and she and Joe begin dating, as Joe also teaches Judo to her and Spike.

So there’s the premise of new version. I’m not sure what I’d do story-wise with the character. I don’t think I’d go with the direction of the original series, where he’s volunteer crime-fighter. I see him more as a classic Archie-style character, with just fun little stories of him, Spike, and Judy having various adventures. But nothing too serious.