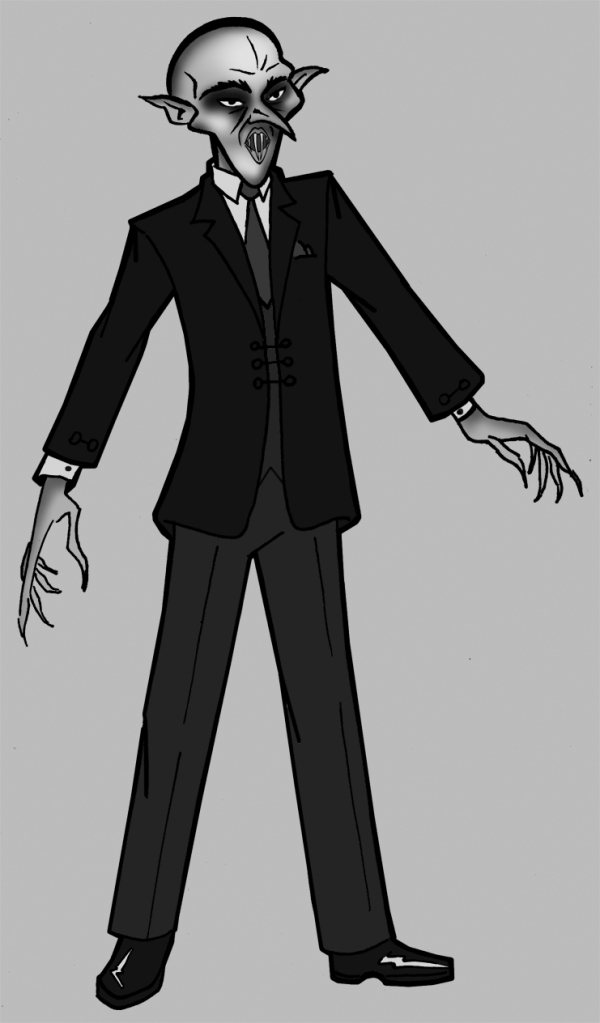 NOSFERATU is a silent film released in 1922 that was written and filmed because the studio wanted to adapt Bram Stoker’s Dracula novel, but couldn’t get the rights. So they just changed the names of most of the characters, inlcuding changing Count Dracula to Count Orlock, and made this film. Because of this blatant thievery, there was a lawsuit that eventually resulted in this film entering into the public domain, making the character now free to use by anyone. I first became aware of this film when I saw the 2000 film SHADOW OF THE VAMPIRE, a fictional tale about the making of Nosferatu that posits that lead actor Max Schreck was an actual vampire.

Sometime ago I came up with a premise for a horror novel called WHITE HOUSE OF HORROR, the idea being that Dracula gets elected President of the United States. But beyond that general idea, I could never come up with an actual story to make it work. But I did like the sound of “President Dracula.”

Eventually I came up with the idea of using Dracula as a primary villain in many of my superhero stories. I figure a powerful vampire is a perfect villain for super-powered characters, as he’s got magical abilities to combat them. And so I decided to use “President Dracula” as the ruler of the nation of Transylvania, ala Doctor Doom and Latveria. He’s got an army of vampires, werewolves, and other supernatural beings that he uses to spread terror throughout the world. But then as Dracula has been more frequently used in various types of fiction, including comic-books, I thought it better to use the Orlock character in that role instead. So I commissioned CELINA HERNANDEZ to draw me an image Orlock in a business suit, and she provided me with the above image.

It’s been awhile, so I don’t remember if I later requested and paid for her to color it or if she just didn’t it herself, but I also got the below version in color: 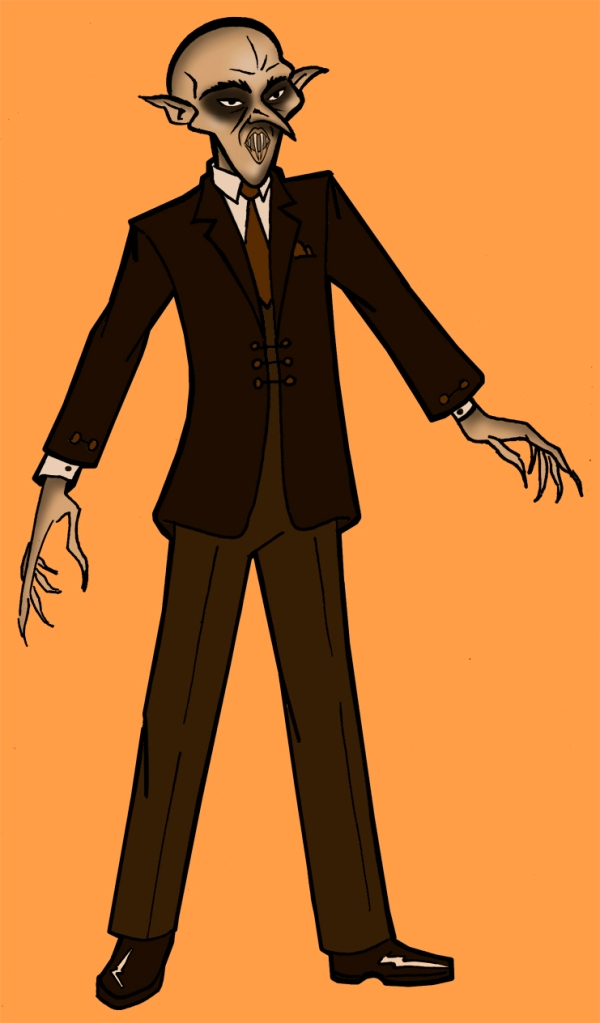