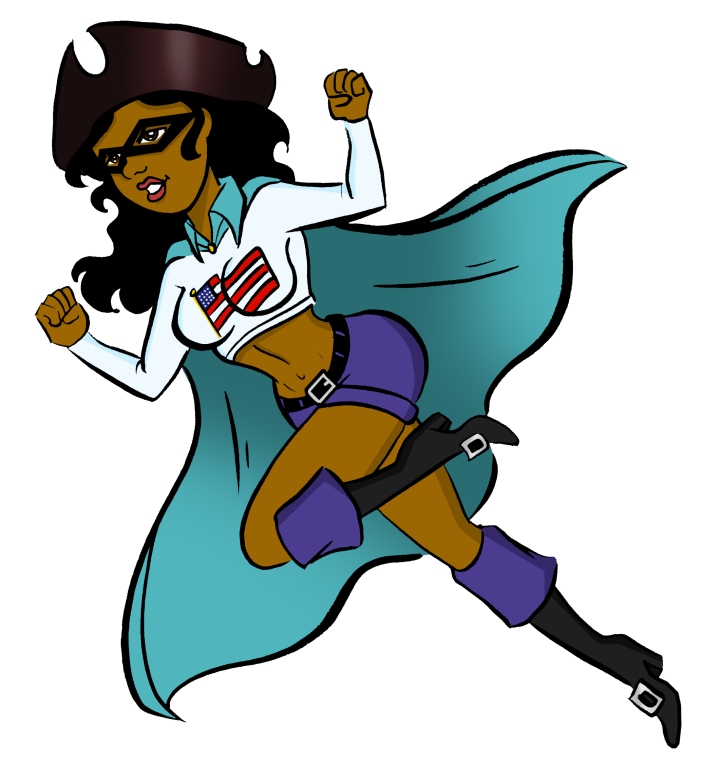 The Fighting Yank is a superhero that was creator by writer Richard E. Hughes and artist Jon L. Blummer, first appeared in 1941 in Startling Comics #10, published by Nedor Comics. 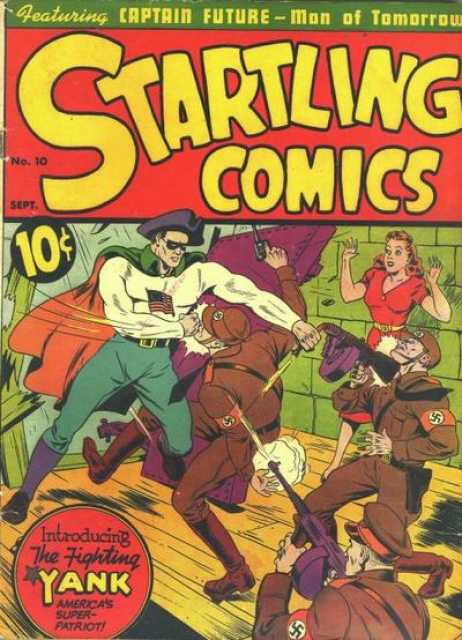 Nedor continued to publish the character until 1949. And in the following decades, the copyright lapsed, and thus the character fell into “the public domain,” which means that anyone can publish new stories about this character if they wish to. And over the years, several publishers have done just that, including most recently Dynamite Entertainment: 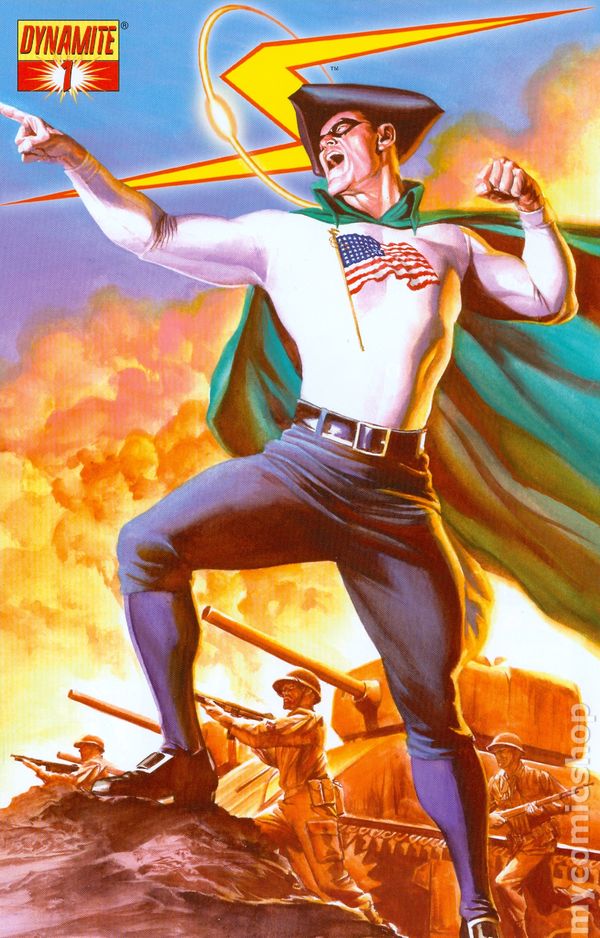 Well, after reading about the character, I decided to take my stab at updating it. The biggest change in my version is that instead of being a straight White male, mine is a gay Black female. But just as patriotic. And I decided to make my version connected to the original, as opposed to a complete reboot.

The biography of the original, as taken from Wikipedia: Bruce Carter III obtained his superhuman powers when the ghost of his ancestor Bruce Carter I, a hero from the American War of Independence, appeared to him and showed him the location of a magical cloak that could give the wearer invulnerability and super strength. Only Carter III’s girlfriend, Joan Farwell, knows of his dual identity.

Along with this magical cloak, Fighting Yank’s outfit also included a tri-corner hat, square buckles, an American flag on his chest, a white shirt, and blue pants.

So my version is Bruce Cater III’s great-grandaughter, Brianna Carter. A former Air-Force pilot, she discovers the magic cloak, locked away in the attic of the old family home, and becomes the new Fighting Yank. Except she updates the name from Yank to Yankee, and redesigns the costume a bit. The image at the top of this page is from CELINA HERNANDEZ. This 2nd image is from SAMAX AMEN: 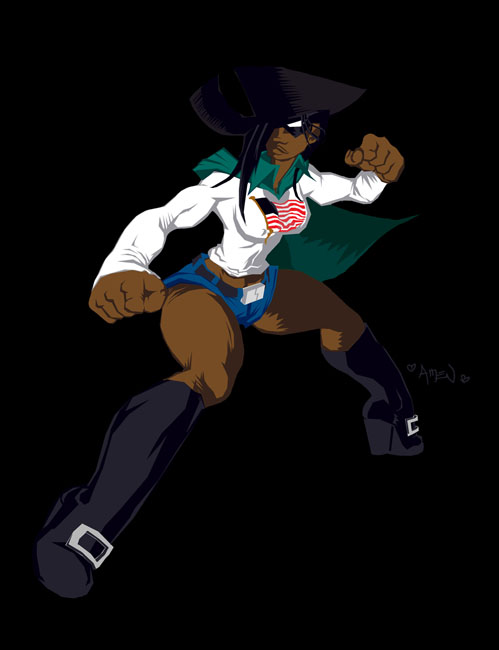 I also got an image from CLAYTON MURWIN (who, by the way, is going through some effed up stuff with English Immigration, read about that HERE): 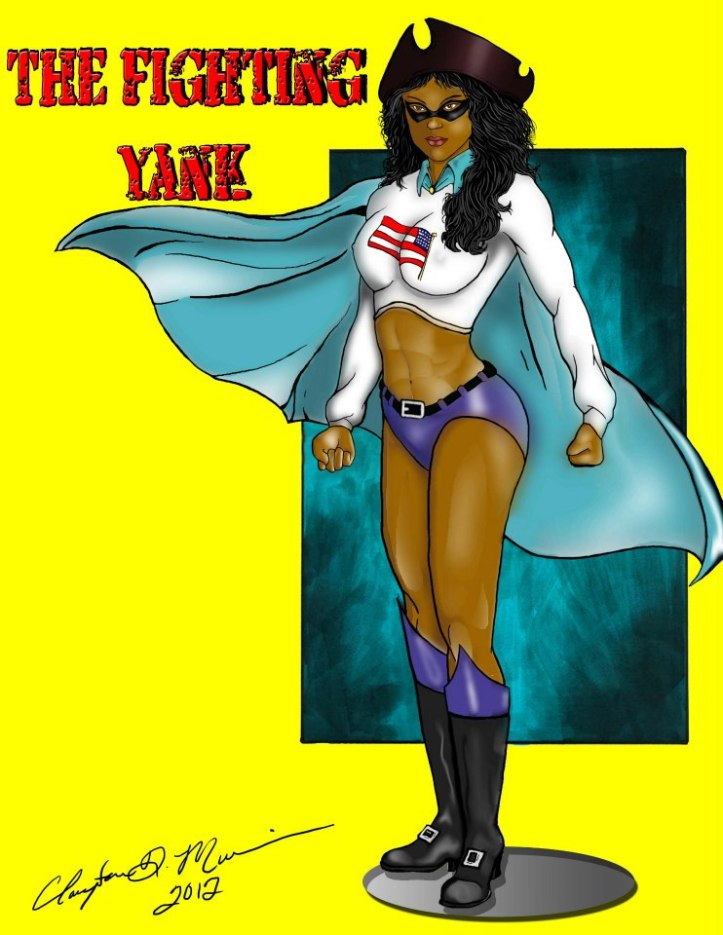 This image I got from ERYCK WEBB 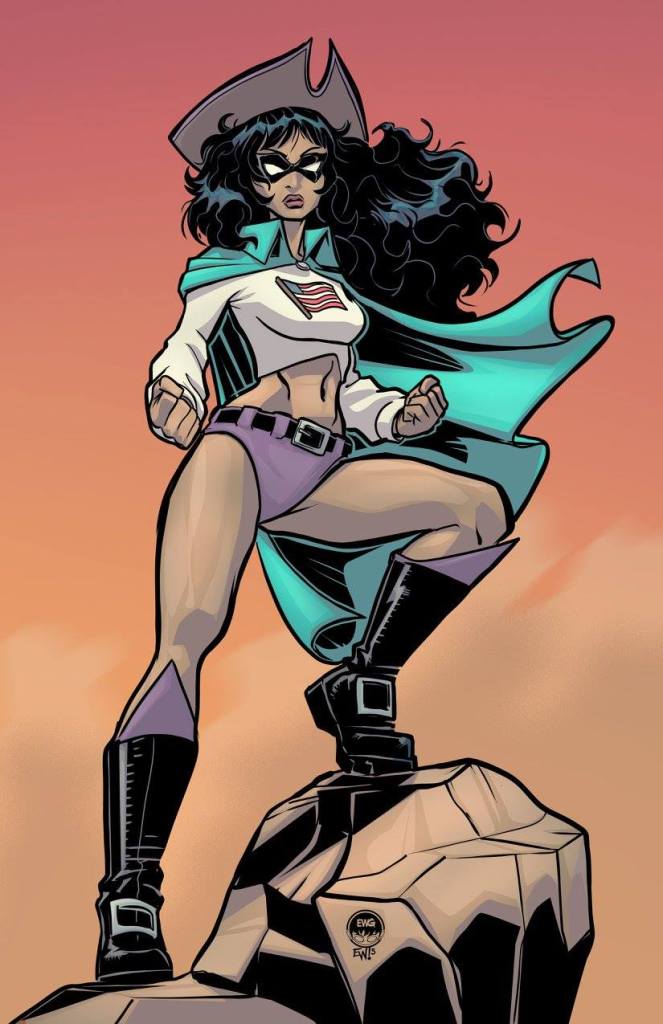 And this one is from PAIGEY PUMPHREY

In addition to a possible comic-book, I think this character could work well in prose novels. I’d like to someday write a line of political action thrillers, with Fighting Yankee as my own “Jason Bourne.”