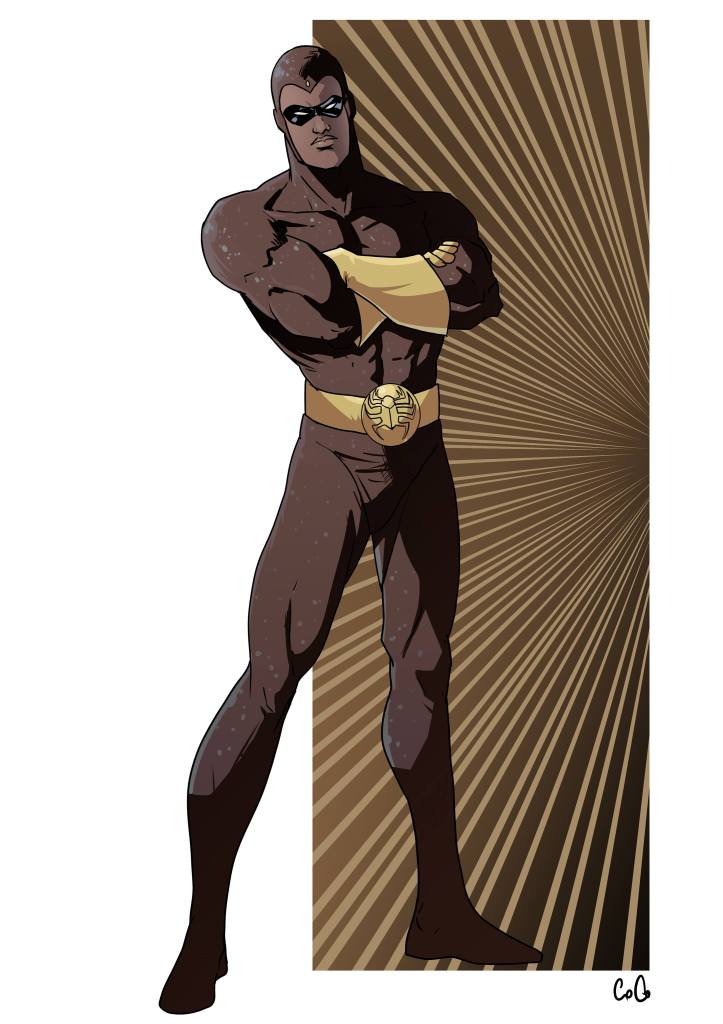 As I mentioned in yesterday’s post, after I learned that I couldn’t use the name The Black Beetle, my first thought was the maybe I should change it to The Brown Beetle. So I asked CODY CONYERS to recolor the original image he drew for me, which he graciously did, and that’s the above image.

He did a great job, but…I just don’t think the brown costume looks as cool as it does in black. That’s why I ultimately decided to stick with my first idea, although I just need to settle on a new name now (which I’m still debating with myself).

Still, it’s a great image so I thought it deserved to be shown publicly.